So many rumor has been issuing some news that is still in doubtfully believed. It's a truth or just a lie. This post shows you which news is belong to fact and which news is belong to fiction or bullshit. In fact, I choose the animal issue of this topic, because I was often delivered some mail about the facts of animal but in the other side, it is just a hoax. OK now, I wanna bet you to guess before you see the 'Fact or Fiction?' button. Let's try together ^^


Snake Pulled a Kangaroo From a River
It was taken in Western Australia. It shows a large snake hanging from the side of a rock face and trying to pull what looks like a kangaroo from the water. 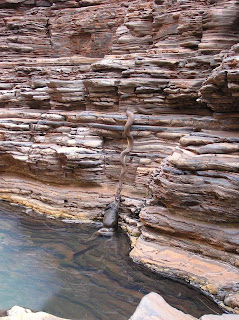 Man-Eating Catfish
A forwarded email with photos of what appears to be a giant catfish. The email says that the enormous catfish was caught in the Huadu Furong Reservoir in China and is blamed for the deaths and disappearance of swimmers. 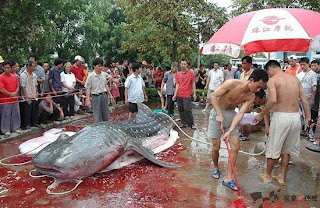 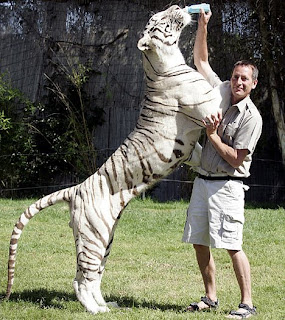 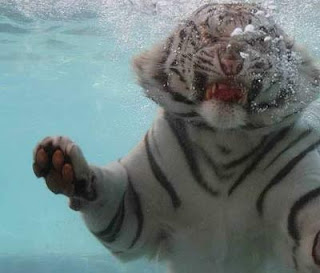 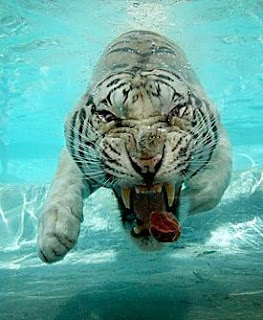 Dogs Were Used for Shark Bait in the African Island
A forwarded email warning that dogs are used as shark bait by fishermen on the island of Réunion that lies off the coast of Africa. It includes a plea to sign a petition to stop this cruel act. 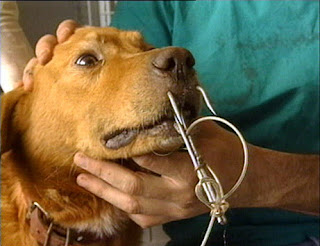 Dog's Tongue Had to be Amputated After Playing With a Defective Pet Toy
A dog named Chai that warns of a defect in a product called "Four Paws Rough and Rugged Pimple Ball". The pet owner said the defective pet toy caused so much damage that the dog's tongue had to be amputated. 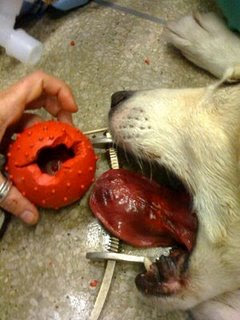 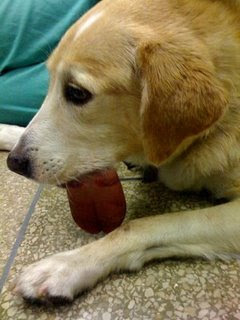 The Seagull That Steals Doritos
An animated file that shows a seagull walking through the open door of a market and stealing a bag of Dorito chips. It is said to happen at a store in Scotland and that the gull does it on a regular basis.

The Story of the Man Who Befriended a Great White Shark
A series of pictures, of close encounters between a man and a great white shark. The story tells that Australian fisherman Arnold Pointer who once freed a great white shark from a fishing net and the shark has followed him around ever since. 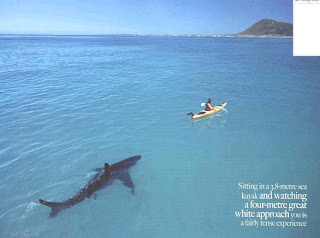 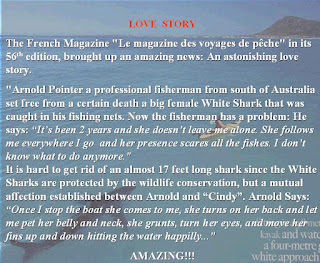 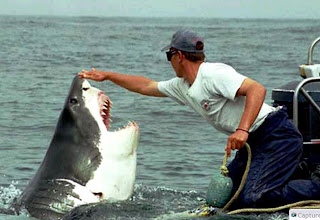 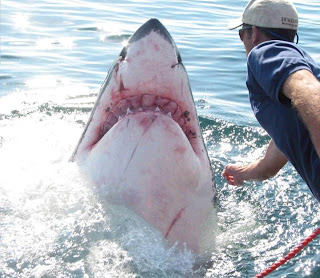 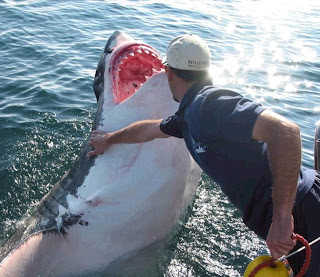 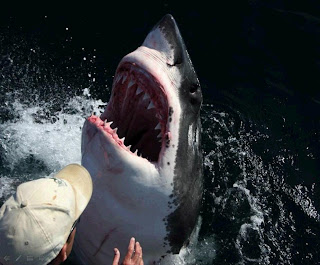 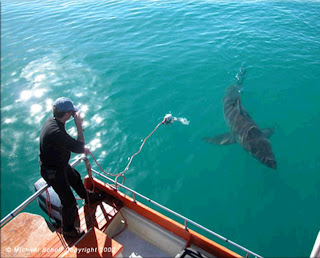 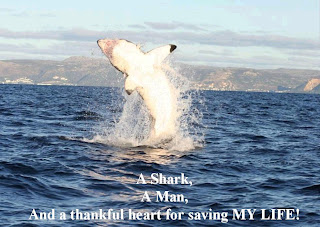 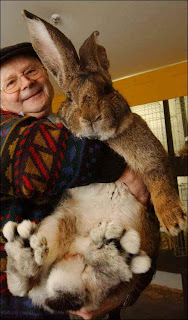 Grieving Mother Tiger Caring for Piglets in Tiger Skins
Several pictures of an adult tiger seeming to be mothering some piglets wrapped in tiger skins. The email says that the pictures are from a zoo in California where the mother tiger had lost triplets and the grieving was so bad that it began to affect her health. A search for surrogate cubs was fruitless so the zoo decided to capitalize on one species sometimes rearing the young of another species and brought in some orphaned piglets, wrapped them in tiger skins, and accomplished a feat never seen in a zoo before. One email refers to the tiger as "Mother of the Year." 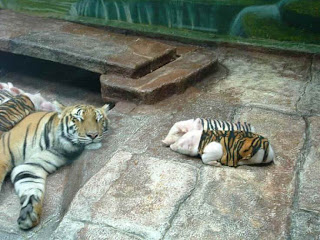 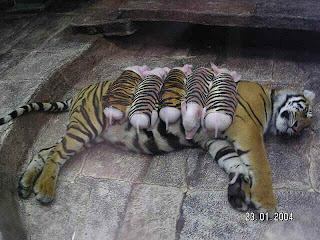 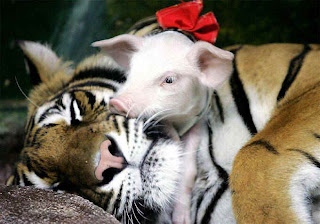 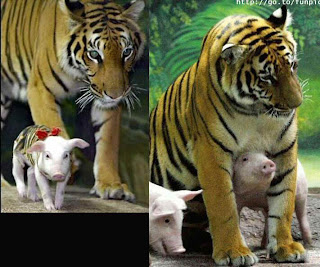 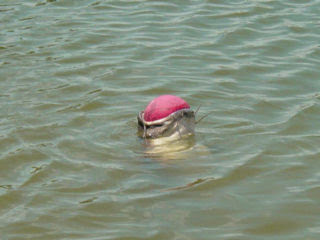 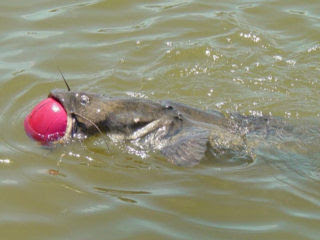 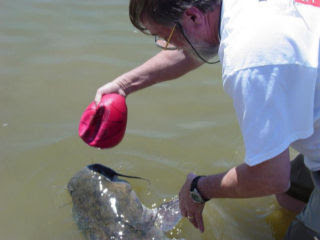 Tried to Barbecue a Kitten?
The email says that a group of people in an apartment complex in Liberty, Missouri tried to barbecue a kitten. A woman who saw what was going on rescued the kitten and is being persecuted for it.

No picture in this part. Trying to imagine it kills me softly ~_~ 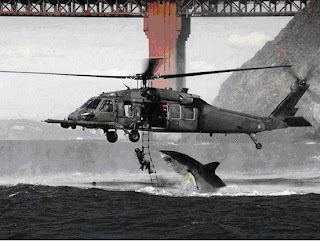 This is a hoax.

The picture is a composite of two separate pictures.

The shark picture is from Charles Maxwell Video Services in South Africa and is a photo of a great white shark breaching.

The helicopter is not British, but American. It is a HH-60G Pave Hawk flown by the California Air National Guard. Californians will recognize the Golden Gate bridge in the background. According to the Air Force, this picture was taken by Tech. Sgt. Lance Cheung during a training exercise. Whoever made the composite reversed the photo. 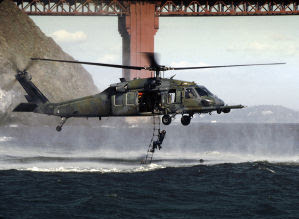 Pink Dolphin
A forwarded email with pictures of what the message says is a rare pink dolphin. 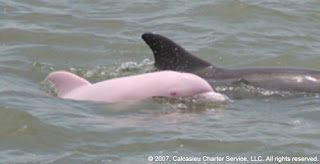