Worm Inside the Eye and Head

It was began from the dust. There was a man who felt an irritation in his eye, but he thought it was just a dust. Therefore he just rubbed his eye to remove the dust, but unfortunately his eyes got really bad, looked red. So he went to the pharmacy to buy eye drops but in few days later, his eyes were still red and a little swollen.

Day by day, the swelling of his eye got worse, redder and bigger until he decided to see a doctor. The doctor wanted him to be operated, got suspected of a tumor or cyst. At the operation, what was thought to be a tumor or cyst, actually turned out to be a live worm. What was thought before as just dust actually was an insect's egg. The point is ... if you do get caught in dust and the pain persists, please be careful and quickly see a doctor. Maybe your case is the same with it. 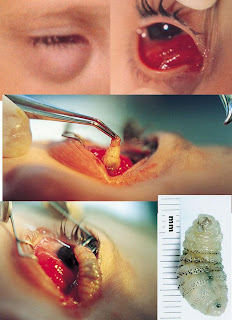 Please don't click the spoiler because it is gross >.<

This is a true case of a Japanese man from Gifu Prefecture who complains incessantly about a persistent headache. Mr. Shota Fujiwara loves his sashimi and sushi very much to the extent of trying to get them as "alive and fresh" as can be for his insatiable appetite.

He develops a severe headache for the past 3 years and has put it off as migraine and stress from work. It was only when he started losing his psycomotor skills that he seeks medical help. A brain scan and x-ray reveals little however. But upon closer inspection by a specialist on his scalp, the doctor noticed small movements beneath his skin. It was then that the doctor did a local anesthetic to his scalp and discovered the cause when tiny worms crawled out. A major surgery was thus immediately called for and the extent of the infestation was horrific. See the attached pictures to the scene that one thought only a movie could produced.

Remember, tapeworms and roundworms and their eggs which abounds in all fishes fresh or saltwater can only be killed by thorough cooking and/or freezing the fish to between 4 deg C - 0 deg C. The eggs of these parasites can only be killed if it is cooked or frozen to the said temperatures for a week or more. Think twice about that raw dish next time... or you might get a headache. 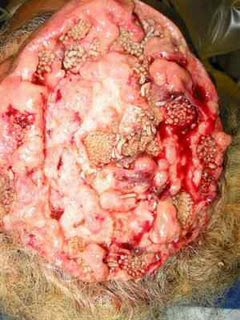 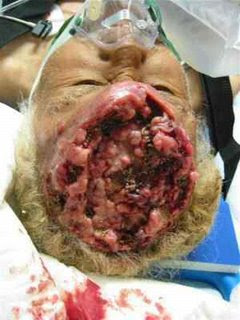 The videos below show the worm or larvae inside the eyes and head. Take a look!