Not much we did in the winter, because we spent most of the times inside the hotel, getting warm under our blanket, hibernated like a polar bear :D Yet, we're not merely sleeping and shuffling around the room lazily, so we decided to go against the cold wind. We were often stumbled or lapsed upon the melting ice when swinging through the pavement. the first destination must be to the same place again, Hwaseong (again? yeah, it was my third visit) 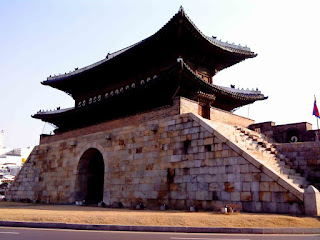 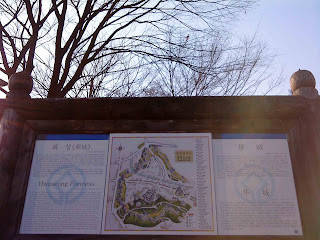 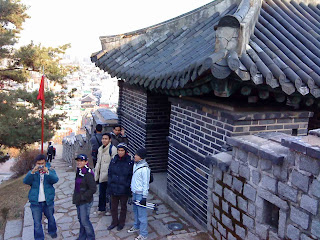 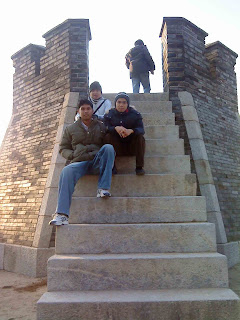 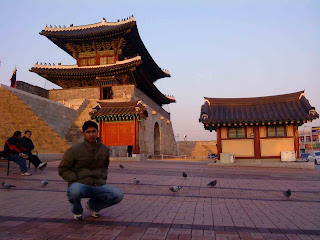 The second weekend, we went to Indonesian Embassy to celebrate Idul Adha. The embassy is located in Yeouido-dong. Quite far walking from the subway station. We did praying, listening to sermons, and finally got a supper. Unfortunately we didn't make bull/cow/goat sacrifice there. We didn't know why. After that, we were headed to Itaewon, the most exotic place in Seoul representing fusion culture with a distinctive atmosphere. There were mostly several immigrants from other part of Asia, Africa, and Europe, as if I was standing on everywhere else except Korea. We did praying in Seoul Central Mesjid and then dashed over the promenade between shopping center. 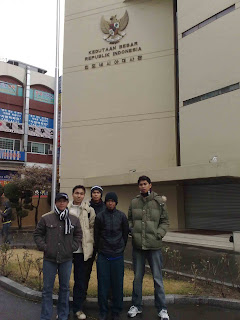 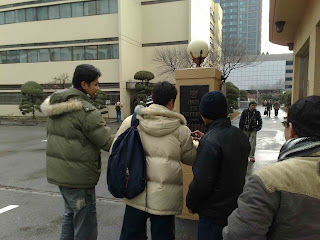 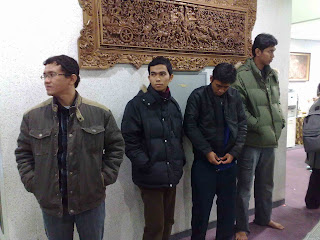 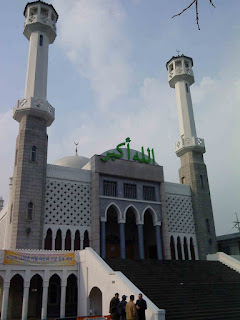 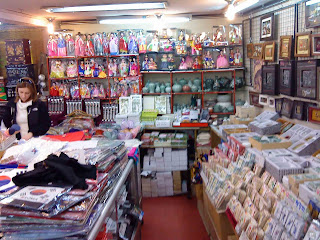 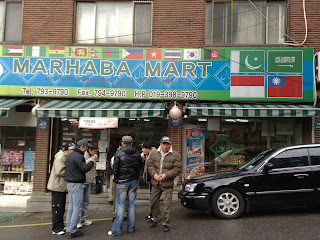 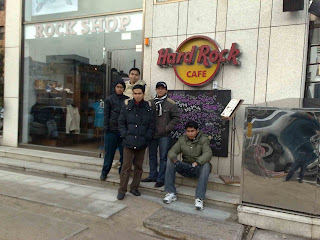 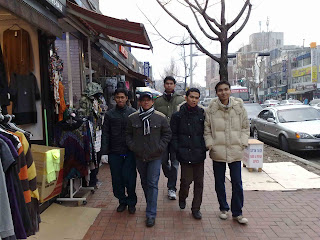 And for the next, some of us had an enjoying freezing time to go watching soccer game in Suwon Worldcup Stadium. 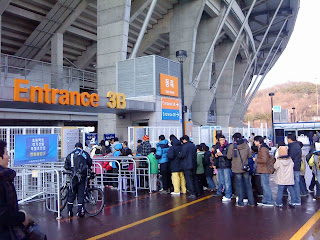 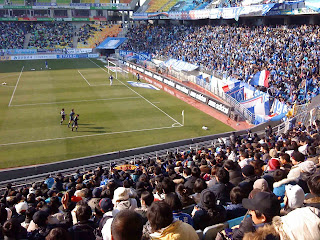 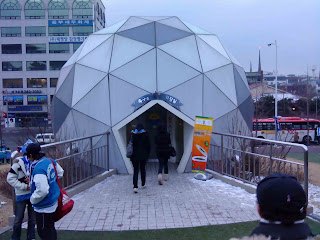 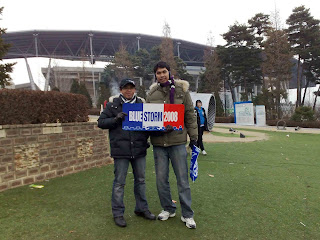 Before going home early, we decided to have a dinner in restaurant, near Suwon Station. The main menu it offered was roasted spicy chicken. It was so delicious. You must try it if you go to Suwon. I forgot the name of the restaurant but the location is reachable, across Suwon Station and the restaurant stood up in the border of the road, so it's easy to find. 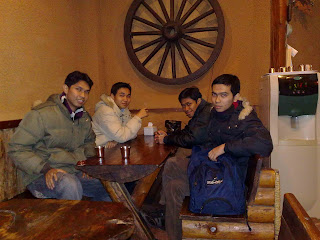 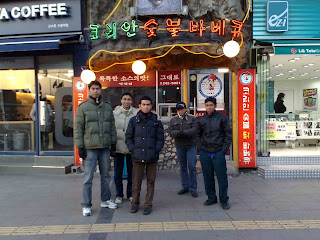 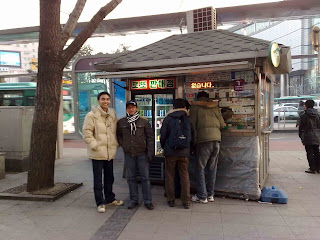 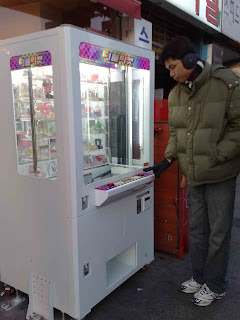