Ujung Genteng is one of the beautiful places in the southern part of Java, which can be called as southern nirvana, offers beaches and waterfall. As the initiative of some pals, we decide to make travel in the next schedule for Ujung Genteng. Yeah, from Cikarang, it took much time to get there and we must transit at some terminals and continued again the journey just like we did as a real backpacking survivor :D

Our journey was started from Cikarang, got on the bus heading to Kampung Rambutan Jakarta. And then we continued the tour by getting on the economy bus from Kampung Rambutan to Sukabumi frop about 2 hours, got off Degung bus terminal. The journey wasn't over yet. We must continue by getting on the angkot (public transportation, like elf) heading to Lembur Situ. It's not really far, it took for about 30 minutes. I guess we almost there, but the tour must be continued. God, i felt dizzy and tired that time. Yeah, then we got on the elf (public transportation) again from Lembur Situ to Surade for 4 hours non-stop without resting. And seeing the road is really bad to pass and how uncomfortable the elf we got on, it makes me dead inside. We were like riding in the roller coaster or just like rafting but in the harsh road, for 4 hours. Can you imagine that? To avoid the dizziness, i just took some pils and try to sleep.

Four hours later, we were there. The driver took us until Curug Cikaso, our first destination. It's almost 3 AM. God, people were still sleeping under their blanket. Yeah, but it's fun. Unforgettable moment of our adventure ^^ 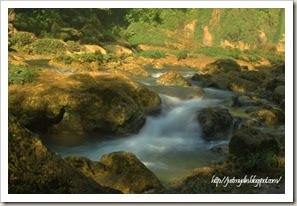 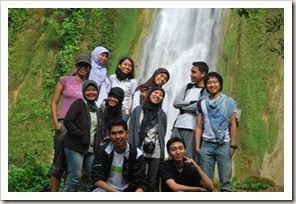 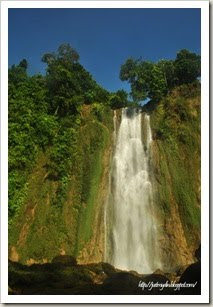 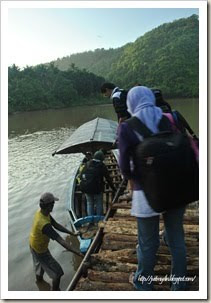 The next destination was Curug Cigangsa. We reached Curug Cigangsa by renting pick-up car and its driver, of course :) You know, it's really fun getting on the back of pick-up car. Wind was fanning hardly, and we enjoyed the harsh road we passed. I called us as Bolang, Bocah Petualang (Adventurous Kids). But unfortunately, when we reached Curug Cigangsa, we didn't find much water there, some people told that it was drought season which caused the curug lost the water. Different from the first curug we've just visited, now we were walking on Curug Cigangsa in the upper side. Gosh, it's so high to take a look at the bottom of it. I thought Curug Cigangsa is more huge than Curug Cikaso, but just dry as drought season. 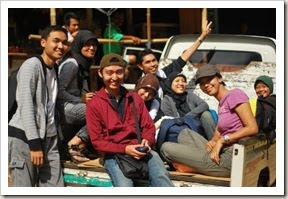 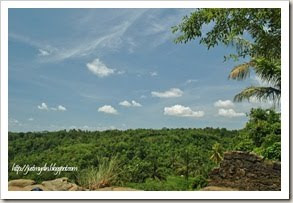 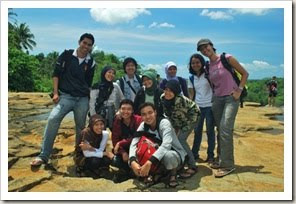 Next destination is Ujung Genteng beach. We decided to stay at the hostel near the beach. It was Pondok Adi. We took a rest there, having talk in the terrace while waiting for the sunset. You know, when it happened, it's really cool. Take a look at the picture below. 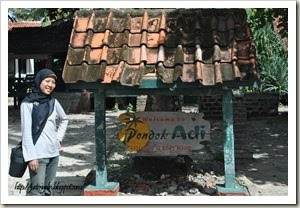 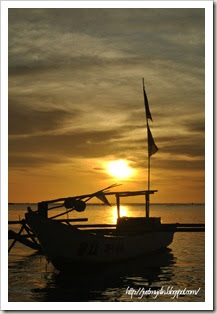 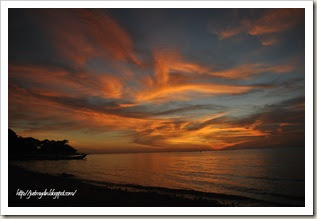 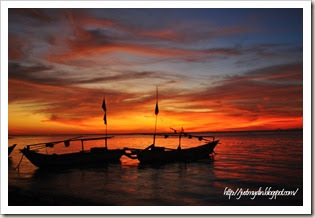 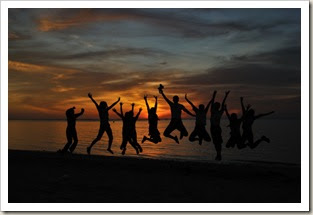 In the night, we did the barbecue thing. Not really barbecue, we just bbq some fishes for the dinner. Yeah, we are just amateur to do that, Although we didn't succeed to burn whole the fish, we really enjoy the meal under the blurred light, makes it so romantic. But when we finished the meal and brought back the dishes to the owner, i realized that the fishes weren't still all ripped yet. I saw pink flesh under their skins and surrounding the bone. OMG, i just pray that I will be OK, no stomachache or anything like that.


The next day, we hunted the sunrise in the east beach. We woke up at 4 o'clock. It takes about 5 minutes to reach east beach from our hostel. Yeah, it's the coolest sunset i have ever seen in this life. 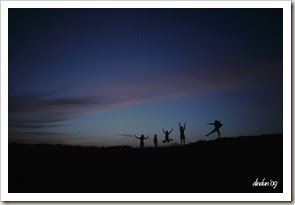 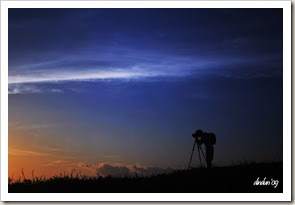 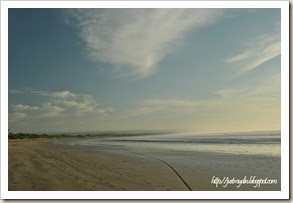 After going back to the hostel, some of us decided to swim in the beach, not far from hostel. 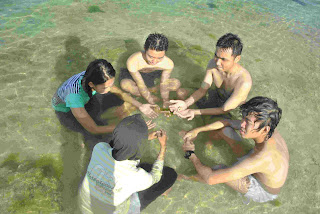 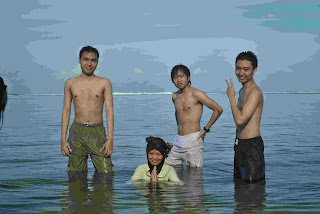 The next destination is Ombak Tujuh. Ombak Tujuh is popular for the huge waves, one of the beaches which is used to do surfing. To get there, there are two ways. By motorcycle or by water boat. Because it takes so long time when we go there by motorcycle and harsh road, so we decided to get on the water boat. Some of us felt scary to get on it because they weren't able to swim well. But, the rest of us make sure that it's safe enough to ride, and then we just went without worrying anymore. 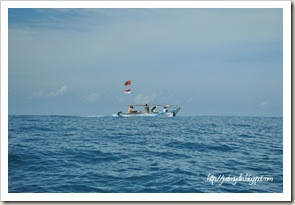 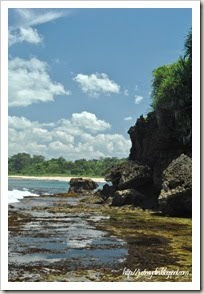 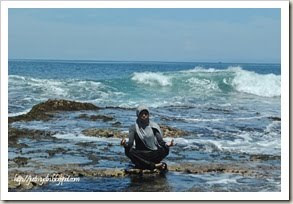 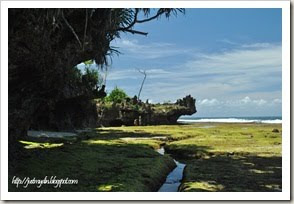 When the night had come, we took a meal and continued the tour to the virgin beach which has some turtles to go nesting. The beach is called Pangumbahan Beach. Usually the turtle's babies should have been released in the 5 PM that day, we missed it. So we just saw the turtle nesting in the white sand. 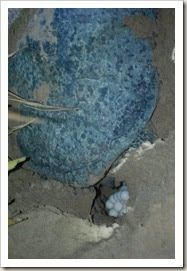 *the photos were taken by Dina, Chocky, and Sindu.
Posted by Eriek Sobieski at Saturday, January 23, 2010

i am your fans, so just let me display your picture here :D

where did ye get those mermaid and the perverts pictures?? been looking for them, i thought there were deleted >.<

No deleted scene, all set.
It's funny thing we must preserve for our descendants :D