The vacation in this time is very very colorful. Why could i say that? Because Ciwidey is I am talking about. Yeah, first of all we headed to Kawah Putih (White Crater) which is very blue, and then on the way of the journey we stopped the car to make a rest-time in Tea Garden of Walini which is very green. After felt satisfied and fresh, we continued heading to the Situpatengan Lake which is so brown and green and foggy. And finally we reached Kampung Daun as the final destination which like a village in the center of forest, with full of green and traditional cabin, makes the place harmoniously chic. That's why I say that my vacation is really colorful.

We departed from Cikarang on 8 o'clock by rental car, luckily we didn't get traffic jam on the way. As reaching Bandung, we exited to the highway gate of Kopo, then we continued going along the road, through Soreang and Ciwidey for about 1 hour. Thanks God, we didn't find any crowded jam. We passed several strawberry gardens at Ciwidey, which we can pick the strawberry by ourselves, directly from their stems. We didn't get off the car to do that because we think it will be worthy if we chase the time to visit our main destination. We just worried that we weren't be able to make it. Yeah, some of us felt dissapointed for a while, but it's OK ^^

Not much time we need to arrive in the first destination, Kawah Putih (White Crater). Kawah Putih is the southeast crater of the Mount Patuha which has greenish-white crater lake. Mount Patuha itself is a twin stratovolcano in the southwest of Bandung in West Java, Indonesia. There's sulfur mine in the Kawah Putih. When we get there, actually we didn't endure the stinky odor of sulfur, but we just forget it by taking many pictures :D

Here we go the pictures of us. 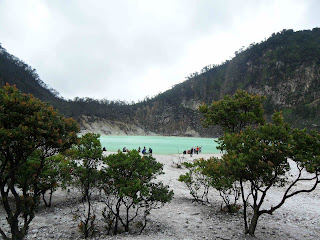 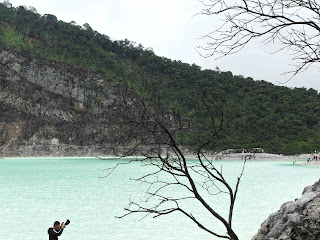 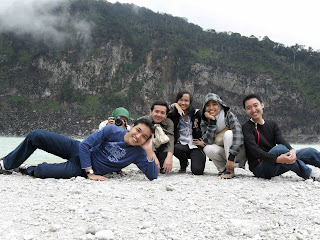 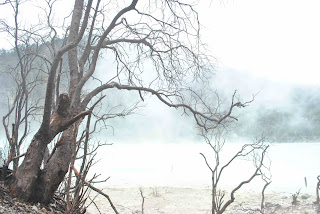 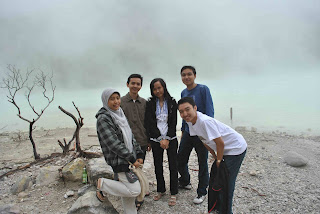 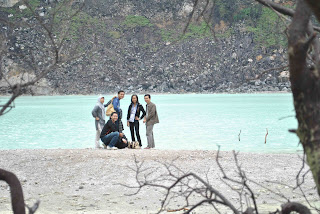 Located at an altitude of about 1600 m above sea level, Situ Patenggang is an enchanting panorama. Green carpet like tea gardens of nature, coupled with the cold air and clean and warm sun, giving the impression of peace and tranquility itself for visitors. From the side of the road to a quiet location, appears to be a lake behind the tea plantations of trees face the sky. The location which crosses the lake is quite interesting that is called Batu Cinta (Stone of Love). Batu Cinta is said to believe will provide the continuity of love for the couple who came to visit there. 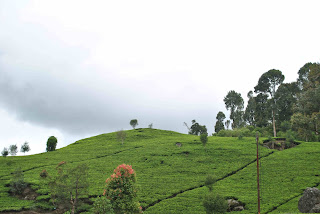 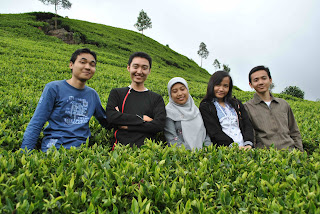 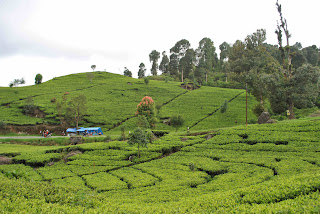 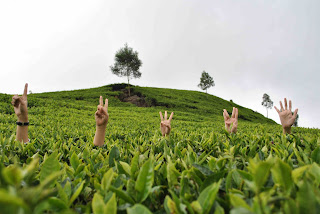 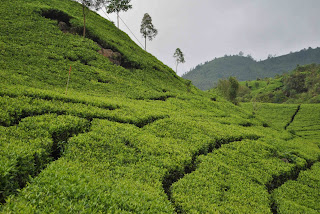 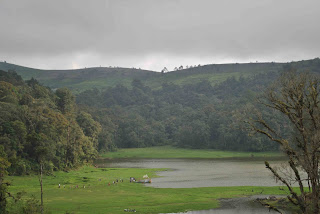 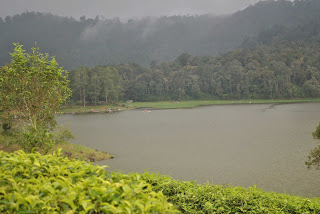 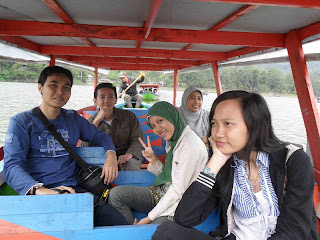 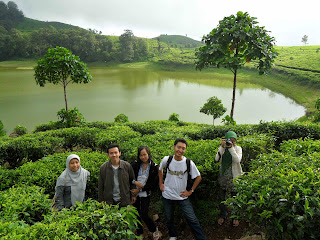 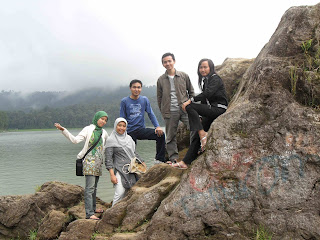 When the sun went down, we planned to having dinner at Kampung Daun. It was far from the site we have visited before. Kampung Daun is located in the north of Bandung. Even it is quite far from center of Bandung, but it is amazing place. Since we went there after dark, we can feel different ambient. There were so many threes and small waterfalls along the street. The foods were quite expensive but were worthy enough with the panorama it has given and you didn't have to wait so long because they served well, each location has their own kitchen. 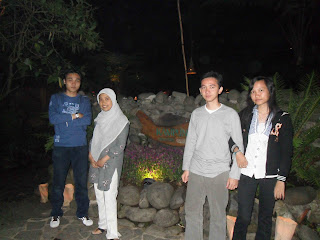 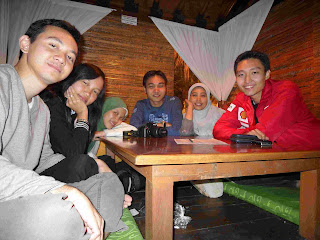 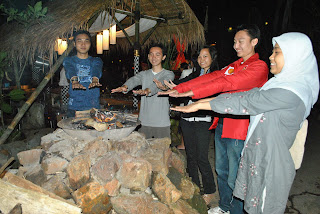 * the photos were taken by Dina and Chocky
Posted by Eriek Sobieski at Friday, January 22, 2010

hahahahaha.... such a great vacation