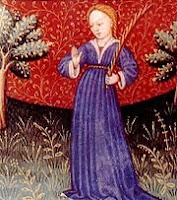 Aries as well as Virgo are extremely honest and have a preference for the absolute, unvarnished truth. Though, at times, the Ram may find it a little difficult to swallow the harsh criticism of Virgo. Another major area of difference between the two zodiac signs is that Aries is not one of those who take each and every step carefully. Rather, he is the one who does something first and thinks of the consequences later. On the other extreme, a Virgo is likely to think over the entire scenario atleast one thousand times and then take a single step forward.

The relationship may also face compatibility problems as far as the financial aspect is concerned. In this context, Virgo is too cautious and Aries is too extravagant. The Ram may also find it difficult to adjust his impulsive nature with the practicality and stability of a Virgo. He is concerned about the results, not the exact method that is to be followed for the same. To ensure that this love match works smoothly, Virgo will have to control his criticizing and nagging nature somewhat and Aries will have to learn to rein in his impulsiveness.

Aries Man and Virgo Woman
Aries man will find it a little, rather quite, difficult to cope up with the nitpicking Virgo woman. For him, criticism is criticism, whether it is done in good taste or bad taste. He will never ever follow rules and conventions and wouldn't take nicely when she tells him what to do and what not to do. The relationship is most likely to be full of arguments and if both of the do not manage to bridge the differences in their personalities, then, things will get difficult. There may be some chances if she learns to control her nagging and he tries to limit his recklessness.

Aries Woman and Virgo Man
It will be relatively easy for an Aries woman and a Virgo man to get involved in a relationship. The difficulty will be encountered in keeping the spark alive. Both the individuals are entirely opposite in their temperament. He is too organized and her nature is full of spontaneity and carelessness. She lives in the present, he lives in the future. There will hardly be any Virgo man who has not saved anything for his old age. Too much adventure and thrill is surely not his cup of tea. However, if they do manage to bridge the gaps, this match is really worth it.