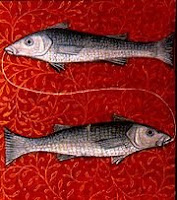 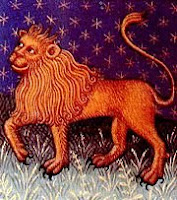 There are a number of opposite qualities in a Leo and a Pisces and strangely, these differences may work to the advantage of their relationship. The interest of a Piscean is not limited to self like a Leo and he has no desire of competing with anyone. On the other end, we have the Lion, for whom the world gets restricted and who is hardly able to look beyond himself. Thus, he gets the complete attention of the Fish and revels in it. The latter does not even want any portion of the limelight that the former so desires and this becomes another plus point.

Thus, there will be no ego-clashes, no fights for domination. The Fish is passive and will hardly have any problem in letting the Lion be the boss. However, the latter will have to make efforts on his part to understand his partner, as a Piscean may not be too vocal with his feelings. A Leo will love the compassion, sensitivity, composure and flexibility of a Pisces, who loves the strength and power that the Lion exudes. Both of them can teach their partner something, provided the other person is ready to learn. This love match may or may not work!

Leo Man and Pisces Woman
The love match of a Leo man and a Pisces woman has all the chances of great compatibility. She has the ability to tame the Lion and make him do anything, all the while letting him be the boss of the house. Whether she manages to use it intelligently or not, is another story. Her introvert nature will clash with his extreme extroversion and he may also hurt her sensitive heart, every now and then. His angry outburst will disturb her and her excessive vulnerability is quite likely to turn him off. If this match works out, there will be lots of love & romance.

Leo Woman and Pisces Man
The long-term compatibility of this zodiac match depends upon the strength of the love a Leo woman and a Pisces man share. She loves going outside, interacting with people and being the center of attraction. He is too busy in his small world, which consists of a few people beyond himself. The positive aspect of this relationship is that both the individuals are romantic by nature and extremely passionate. So, there will be lots and lots of love, provided the fights do not get out of hand.